Let us help you achieve a completely responsive website!

With mobile devices, tablets and iPads taking a large part of the internet browsing market, it's important to have a device friendly website.

Take a look at some of our recent responsive websites below. 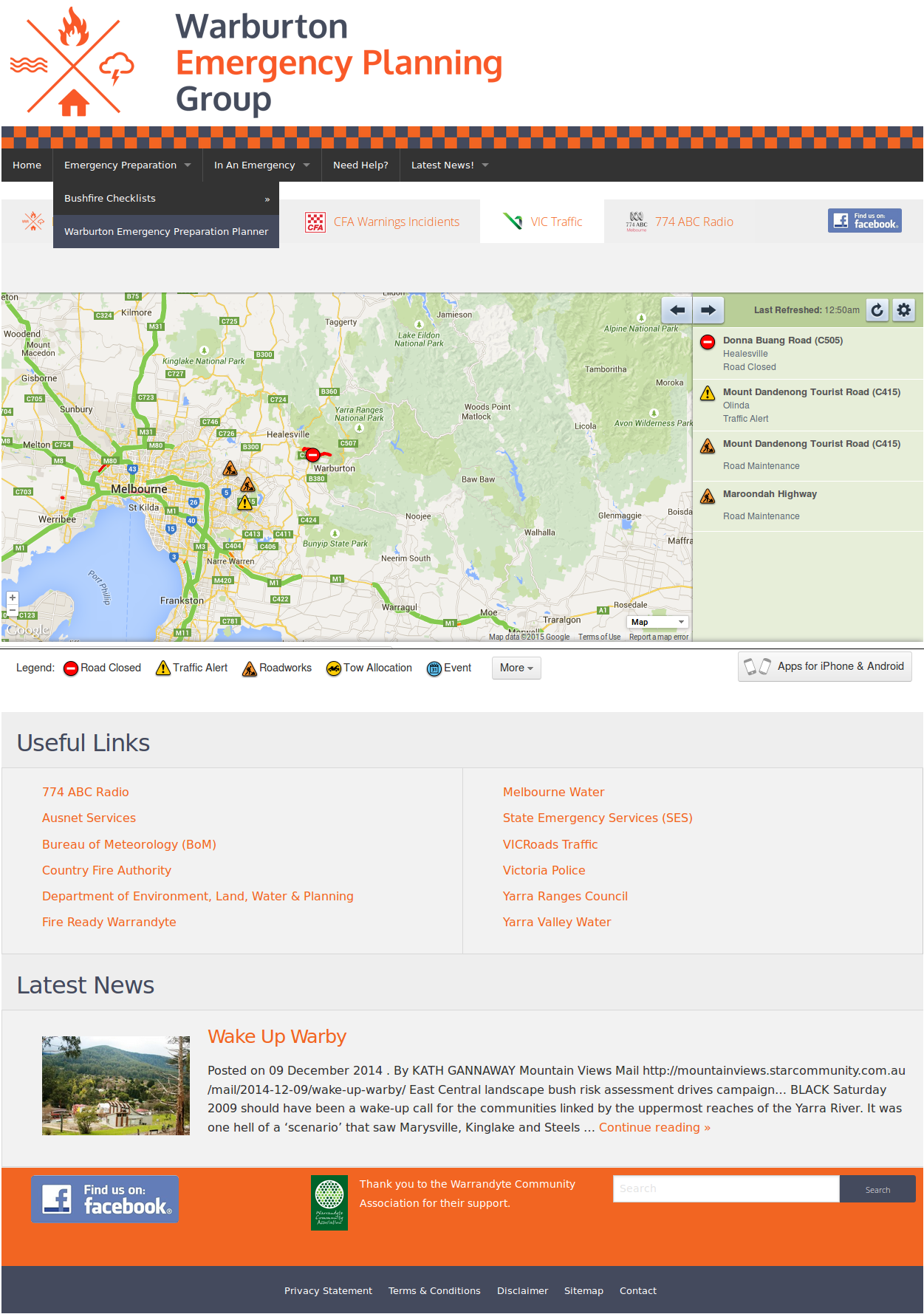 WEPG is working with Yarra Rages Council and other bodies on a number of initiatives. These include the following: Communications; Anyone driving through Warburton listening to ABC Melbourne (774) would immediately realise that our main emergency radio broadcaster is not able to adequately reach many listeners in the Warburton Valley. During the 2009 bushfire emergency a “FM repeater station” was temporarily relocated from Perth to Mt Victoria and was able to provide excellent ABC Melbourne radio coverage to the surrounding area. We are currently looking at having a similar but permanent solution in place. Similarly mobile telephone reception in the Warburton area can be either patchy or non-existent, particularly to the east of Warburton. Working through Yarra Ranges Council and with Federal MP, Tony Smith and the various telecommunication companies and authorities, we are aiming to have better mobile coverage. Raising Public Awareness; WEPG has facilitated a number of public information sessions since its formation in 2011 and supported other events organised by the CFA and Yarra Ranges Council. These public forums have been important to increase public awareness of key emergency planning issues, and the events have been well reported in the local media. We have also supported the Yarra Ranges Council’s “Wake Up Warby” initiative and use our Facebook presence to highlight areas of interest and concern. Specifically in 2015, after consulting with the local CFA brigade, WEPG is advocating for a Fire Danger Rating Sign displayed in a prominent position in town for maximum affect. 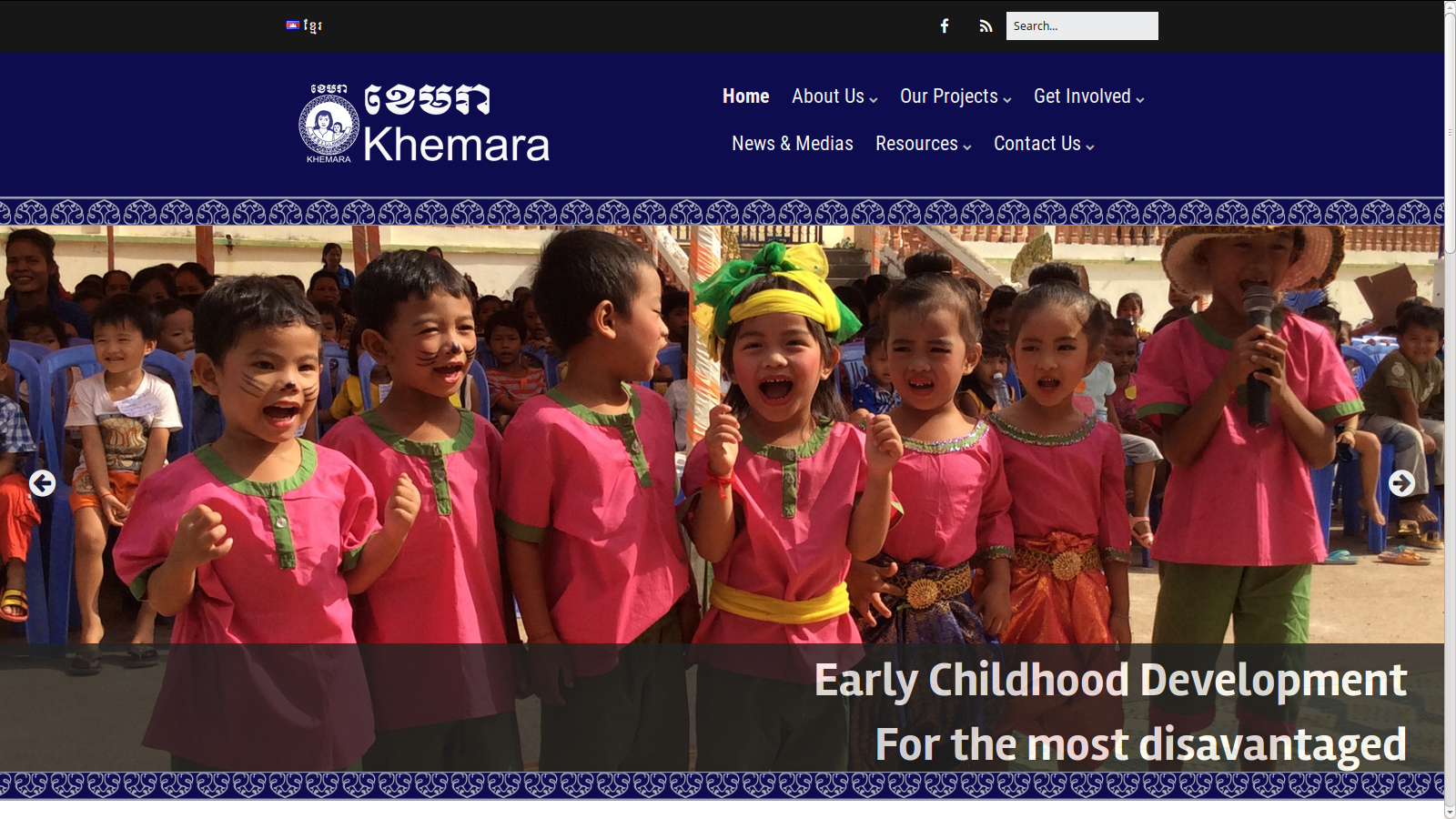 Established in 1991, Khemara was the very first local Non-Government Organisation (NGO) in Cambodia. Since its inception, Khemara has played a significant role in working for the advancement of women and children in Cambodia by working directly with communities. Khemara’s mission is to promote the capacity, self-confidence and wellbeing of the community through the sharing of information, education and counselling, including the encouragement of women to recognise their potential and rights to participate in decision making.

Working in a number of communities throughout Cambodia Khemara’s strength as an organisation comes from community based programs which address the needs of poor villages, especially women and children and focus on protecting and promoting basic human rights, including access to education, health services, reproductive health, protection from domestic violence and HIV/AIDs prevention.

Established in Timor-leste’s capital Dili in February 2003, ARTE MORIS has become the first Fine Arts School, Cultural Center and Artists’ Association in the one of the world’s youngest democracy.

2. Its primary aim was to use art as a building block in the psychological and social reconstruction of a country devastated by violence, with special emphasis on helping its young citizens. The Honorary Patron of ARTE MORIS is Dr. José Ramos Horta, winner of the 1996 Nobel Peace Prize and currently Timor-leste’s president.

This project was the idea of Swiss artist Luca Gansser and cultural coordinator Gabriela Gansser, who turned it into reality with the help of a group of talented young people, the first fine arts students at the school.

Today, these original students have become a class of about 30 juniors, seniors and resident artists who live and work at the school, sharing the responsibilities of its day-to-day management whilst passing on their skills to the next generation of junior students.

We want your website to look great and be user friendly on all portable devices.
Responsive websites, otherwise known as adaptive websites, have layouts that change so text, navigation and images are clear and easy to see independent of your device.

Internet browsing on iPads, tablets and smart phones is becoming increasingly popular. Make sure your website is reaching this expanding audience.

Usability and the utility, not the visual design, determine the success or failure of a web-site. Since the visitor of the page is the only person who clicks the mouse and therefore decides everything, user-centric design has become a standard approach for successful and profit-oriented web design. After all, if users can’t use a feature, it might as well not exist.

There’s no need to battle with HTML and uploading pages to your site. WordPress is available on most of our web hosting plans and with installatron is really simple to install. But if you don’t like WordPress we have alternative content management systems ready to install at the click of your mouse.

Wordpress makes it easy to update your website from your iPhone or iPad.

Looking for our Web Hosting plans

We also offer an extensive range of Business grade services for customers who would like web hosting, website development and more.

We provide a simple and cost effective service.

Get Your Domain Name